The creation of SiXtron Materials 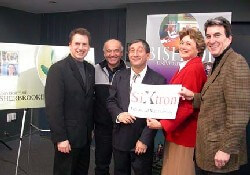 In January, Bishop’s University announces the creation of the first ever spin-off company formed to market a product developed in the campus’s labs. The creation of SiXtron Materials is a joint effort – a result of research conducted both at Bishop’s University and Université de Sherbrooke – it signals an important announcement for the region, since it serves as an example of what can happen when the region’s research institutions work in concert with each other and the local business sector. Bishop’s chemistry professor Dr. Mihai Scarlete, and U of S professor of electrical and computer engineering Cetin Aktik, and their respective teams of undergraduate and graduate students conducted the research which has led to the creation of SiXtron. Scarlete and his team came up with a new material, a silicon carbide which can be cheaply produced and deposited on substrates to form an excellent and affordable semi-conductor. Scarlete then took his material to Aktik, in order to improve its electronic properties.

The Association of Professors of Bishop’s University deliver a solid strike mandate and the first strike in university history begins on March 16th, to last only a week.

Half a Sixpence play

The Heneker legacy continues. Based on the novel “Kipps” by H.G. Wells and adapted to a musical by David Heneker and Beverley Cross, Half a Sixpence is performed as a benefit at Bishop’s University, presented by the Drama and Music Departments and The Sherbrooke Geriatric University Institute, June 17-20, 2004.

The Groves family celebrates 30 years at the Golden Lion Pub

Paterson Hall, the newest student residence, is inaugurated. The building is named for Alex Paterson, Class of 1952, DCL 1974, long-time friend and supporter of the university and most recently Chancellor of Bishop’s 1995-2004. 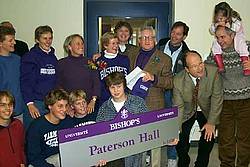 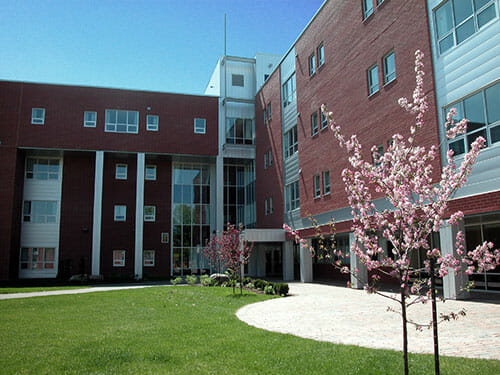 A special Convocation of Bishop’s University was held on Friday 29 October 2004, for the installation of Dr. Robert Poupart as the 17th Principal and Vice-Chancellor. Honorary degrees were awarded to James A. Corcoran, Quebec composer, singer and broadcaster, Robert A. Gordon, President of Humber College, and Donald C. Murray, Senior foreign correspondent for CBC-TV.

Bruce Stavert (Class of 1961) is elected Archbishop of the Ecclesiastical Province of Canada.

The province includes the dioceses of Montreal, Quebec, Nova Scotia and Prince Edward Island, Fredericton, Eastern Newfoundland and Labrador, Central Newfoundland and Western Newfoundland. As senior bishop, the metropolitan has jurisdiction and pastoral oversight for the province and presides at meetings of the provincial synods and councils. He succeeds Archbishop Andrew Hutchison, who was elected primate (senior archbishop) of the Anglican Church of Canada on May 31. Archbishop Stavert is the second bishop of Quebec to be elected metropolitan; the first was Archbishop Philip Carrington, who served from 1944 to 1960. Carrington was Dean of Divinity at Bishop’s prior to his election as Bishop of Quebec in 1935, an election where the other main contender was Bishop’s principal, Rev. McGreer. A bilingual native of Montreal, Archbishop Stavert became the 11th Bishop of Quebec, the Anglican church’s second oldest diocese (after Nova Scotia), in 1991. Ordained as a priest in 1965, he received a bachelor’s degree at Bishop’s University, a bachelor of sacred theology and a master of theology at Trinity College, University of Toronto, which later honoured him with a doctorate in divinity. He has served as dean and rector of St. Albans, diocese of Saskatchewan, chaplain at Bishop’s University and Trinity College, incumbent at St. Clement’s Mission East and the parish of Schefferville, QC. He has been involved with the Anglican Foundation and National Executive Council (the church’s predecessor to the Council of General Synod). 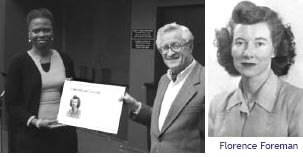 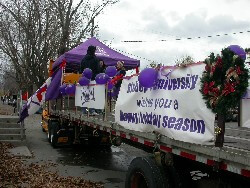 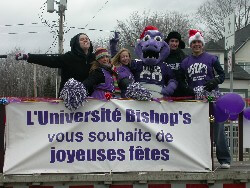 February – Air Sherbrooke takes flight: “Air Sherbrooke is the result of a significant cooperative initiative. For several years now, Townships business people have expressed interest in a direct Sherbrooke – Toronto link. As a consequence, 18 representatives from the City of Sherbrooke, the Quebec Ministries of Transport, Regional Development and Tourism, the SDÉS, the Regional Conference of Elected Officials of the Eastern Townships, the Université de Sherbrooke and Bishop’s University met to financially support an air link project.”  Source: Air Sherbrooke.

May – The Friends of St. Mark’s Chapel Committee announces the completion of several important projects in the Chapel which have taken place over the last 5 years. Beginning with the restoration of the stain glass windows, and continuing with the repainting of the Chapel interior, the work finished with the addition of new lamps to replace the old fixtures. The ten new lights, designed and built by Robert Peloquin of Stoneart, incorporate architectural themes from the Chapel. As well as greatly improving the illumination inside the chapel the lights contribute to the beauty of this historic site. This project was supported through the generosity of the many friends of St. Mark’s and Bishop’s University. 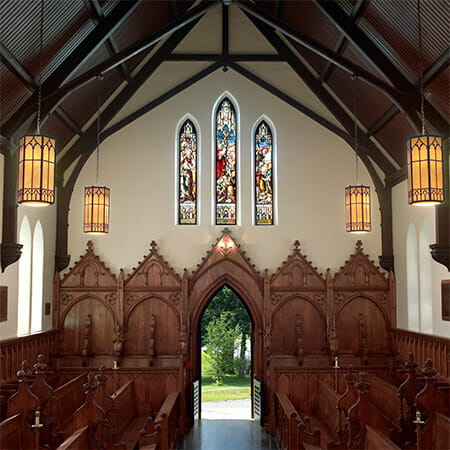 Summer – the Periodical Room in the University Library is transformed to provide a comfortable and relaxing place to read journals and newspapers – the carrels are replaced by comfortable couches and armchairs creating a calm, quiet and inviting atmosphere. 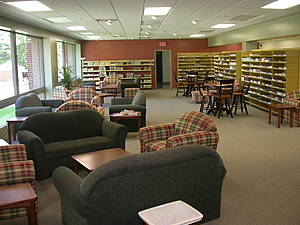 August 20-25 – The Venerable Thich Nhat Hanh, a Vietnamese Buddhist monk, leads a retreat at Bishop’s. A large white tent in the quad was the site of a 5-day retreat attended by over 750 people, many of whom feel the monk’s teachings of peace and hope complement their own religious beliefs. 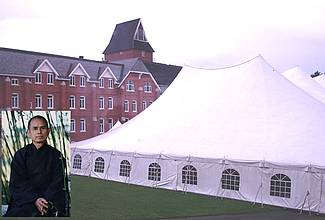 Fall ’05 to Winter ’06 – the Massawippi Bridge is under repair – closed to vehicle traffic for almost six weeks (pedestrians and cyclists were able to use the bridge). The province of Quebec uses new technology, SPS (Sandwich Plate System) which greatly reduces the weight of the bridge. Instead of covering asphalt over a concrete base for the road, a lightweight elastomer core is enclosed by two layers of stainless steel and then covered with asphalt. The technology has been used in Europe, but this is only the second time it has been used in Quebec, and work on the Lennoxville bridge is even featured on a Discovery Channel segment. The restored bridge is more pedestrian friendly, and a bicycle path on Bishop’s side is added.

The First Fall Flood in Lennoxville in 100 Years

On October 17 the bridge was completely closed even to pedestrians – one hundred and twenty-five people, mostly Bishop’s students living in off-campus apartments on College and Reid Streets were evacuated. Two of the three entrances to the campus were under water and the Coulter Football field was partially flooded. No one was evacuated from the campus. 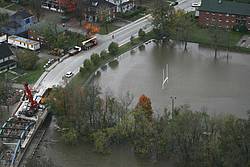 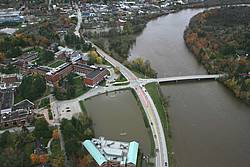 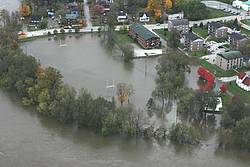