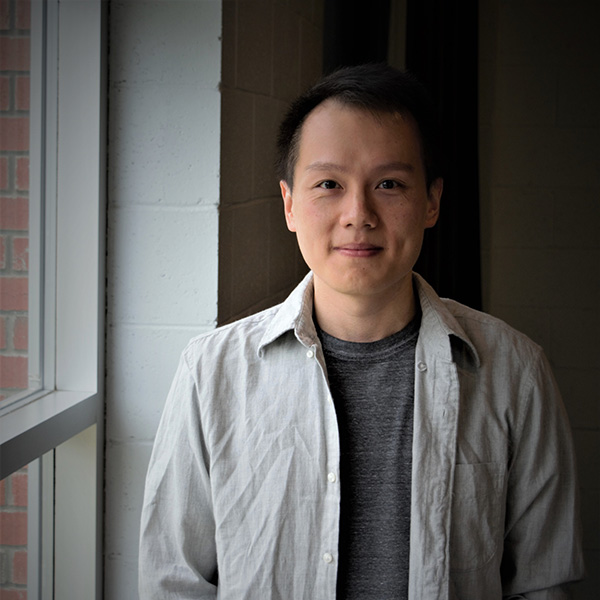 On Tuesday, August 3rd, 2021, 10:00 a.m., Bishop’s University will officially announce the appointment of Dr. John Ruan, Assistant Professor in the Department of Physics & Astronomy, as a Tier 2 Canada Research Chair in Multi-Messenger Astrophysics. This event, which will be attended by The Honourable Marie-Claude Bibeau, will be broadcast live and will be available on the Bishop’s Facebook page. Before the announcement, Dr. Ruan will offer a presentation and an art activity on some of the most iconic images in astrophysics for kids attending Bishop’s Day Camp. This activity will be recorded and made available for free to interested schoolteachers on Dr. Ruan’s website.

The most common elements in the Universe, such as Hydrogen and Oxygen, are well-understood to be created either shortly after the Big Bang or forged inside of stars such as the Sun. However, the cosmic origin of the heaviest elements, such as Gold and Uranium, remains much more mysterious. The process of creating these heavy elements require extreme astrophysical environments not found on Earth, where atoms are able to capture neutrons and turn into heavier elements. This mystery recently witnessed a breakthrough with the 2017 discovery of the first neutron star merger, which proved for the first time that the merger of two neutron stars (the leftover cores of dead stars) will result in conditions that produce the heaviest elements near the bottom of the Periodic Table.

At that time, Dr. John Ruan led key telescope observations of the first neutron star merger, which confirmed that these violent events are responsible for producing at least some heavy elements. However, it is still unclear whether neutron star mergers are responsible for producing all of the heaviest elements in the Universe, or if some alternate process is needed. Dr. Ruan’s research program, funded in part by the award of a Tier 2 Canada Research Chair in Multi-Messenger Astrophysics, is now centered around this fundamental question in astrophysics. Thanks to additional funding support for infrastructure from the Canada Foundation for Innovation and the Québec Ministère de l’Économie et de l’Innovation, Dr. Ruan is establishing the Gravitational Accretion and Multi-Messenger Astrophysics (GAMMA) Lab at Bishop’s, with the long-term goal of better understanding both the complex astrophysics of neutron star mergers and the cosmic origin of heavy elements.

Over the next few years, Dr. Ruan will lead a large Canada-wide group of researchers aiming to discover the next neutron star merger. To this end, Dr. Ruan and his team use world-class telescopes from across the globe, as well as in space. But how do they know where to look for those neutron star mergers? We use a combination of data from both ‘cosmic messengers’ of gravitational waves (ripples in space-time detected by laser interferometers) and electromagnetic emission (light detected by telescopes). This ‘multi-messenger’ approach was made possible by the first detection of gravitational waves in 2015, leading to the award of the 2017 Nobel Prize in Physics, explained Dr. Ruan. Once the team finds a new neutron star merger, the challenge is far from over, as the researchers will compare the data to advanced computer simulations to understand the exact amounts of each heavy element produced in the merger. To overcome the severe computational challenges in this difficult task, Dr. Ruan is currently pioneering new algorithms at the intersection of statistic and machine learning, which he hopes will help enable new insights into the astrophysics of neutron star mergers.