Dr. Jason Rowe of Bishop’s University with the help of Dr. Kelsey Hoffman, Visiting Scholar at Bishop’s, and their students, in conjunction with collaborators from NASA and a dozen universities and research institutes, are hopeful a new spaceflight mission named Pandora would help them learn more about exoplanets’ atmosphere, which could mean crossing another significant step in the quest to find life beyond planet Earth. 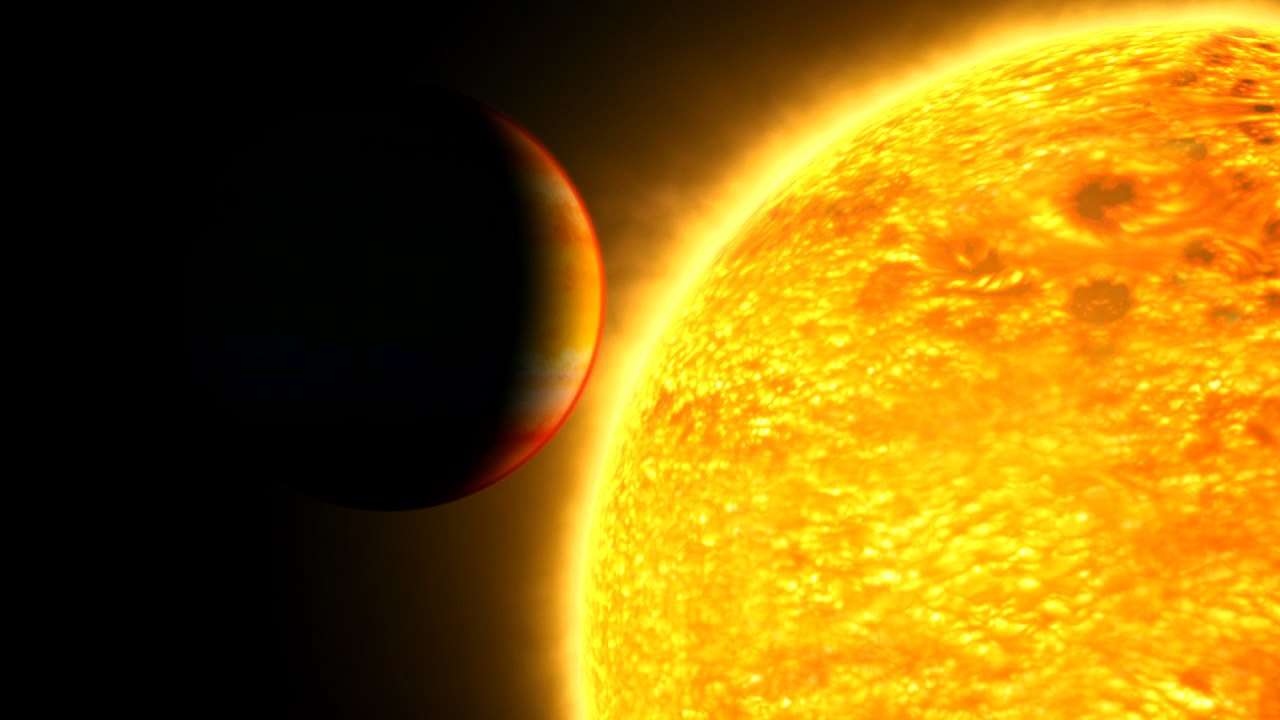 Focusing on about 20 exoplanets, the Pandora mission would determine the composition of their atmosphere through the proven technique of transit spectroscopy.

Dr. Rowe, Canada Research Chair in Exoplanet Astrophysics at Bishop’s University’s Department of Physics and Astronomy, is the Co-Investigator of the proposed mission as well as a member of its primary science team. The Pandora mission would consist of a small satellite mission, one of two SmallSat missions greenlighted by NASA to move to the next development phase of the Pioneers program. Lawrence Livermore National Laboratory in California and the Goddard Space Flight Centre in Maryland are co-leads of the Pandora mission.

“My role will be to study atmospheres of planets and the dynamics of planetary orbits,” Dr. Rowe says. “We will study atmospheres by measuring the effect of Rayleigh scattering of the optical transit depth. We will study dynamics through transit timing variations that will reveal changes in the orbital period of a planet’s orbit from gravitational perturbations from other planets in the system.” Different chemical elements present in an atmosphere leave a telltale signature in the light that shines through them, allowing observers using spectroscopy to detect the presence of different molecular species by analyzing the light that has gone through the atmosphere of exoplanets. Rayleigh scattering, in effect, explains why our sky is blue. Moreover, the gravity of the different planets orbiting a star will influence each other’s orbits, either slowing them down or speeding them up slightly, which allows masses to be measured.

“Optical broadband photometry will enable the measurement of precision transit depths and stellar activity,” Dr. Rowe explains. “Infrared spectroscopy will allow researchers to determine the chemical properties of a planetary atmosphere, including the presence of water.”

As the planets cross in front of their parent star – their transit – the light of the star that passes through their atmosphere can be analyzed by spectroscopy to determine the chemical composition of the atmosphere. 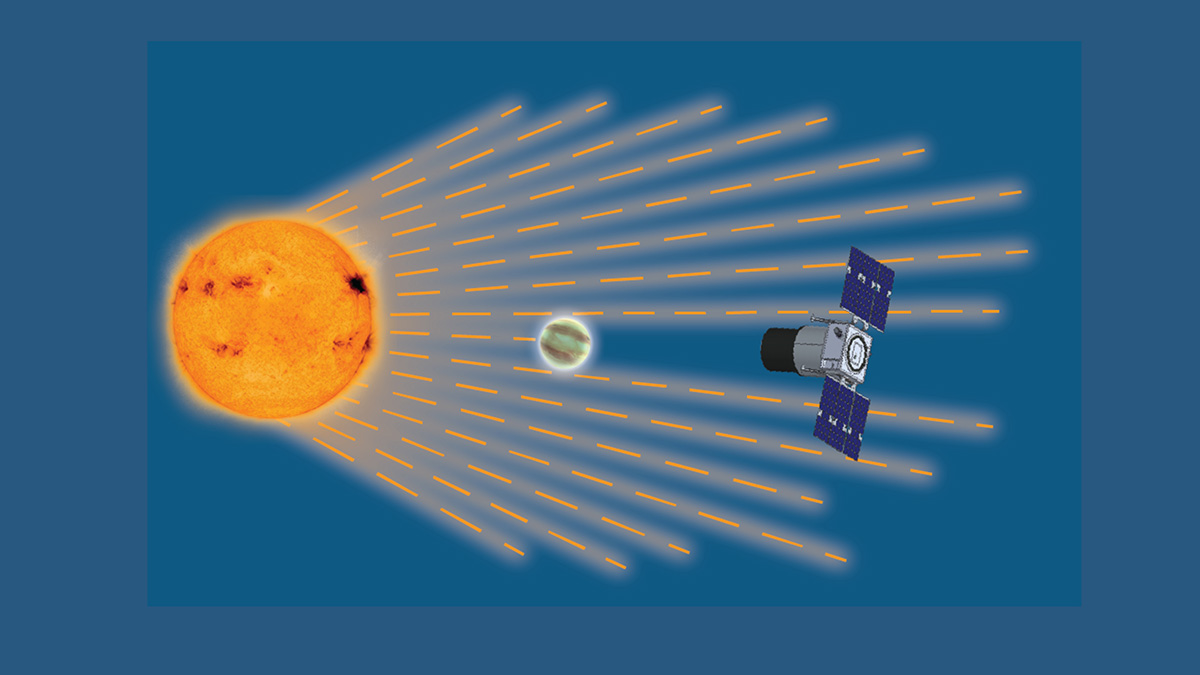 One difficulty in accomplishing this is the variability in the parent star’s brightness due to stellar spots, as well as the star’s own atmosphere.

To overcome these difficulties, the Pandora mission would observe the exoplanets over long periods simultaneously in both the visible and the infrared light spectra. Additionally, the Pandora satellite would be set in a Sun-synchronous low-Earth orbit which would ensure it always had our Sun at its back, to reduce lighting changes and enabling long measurements. 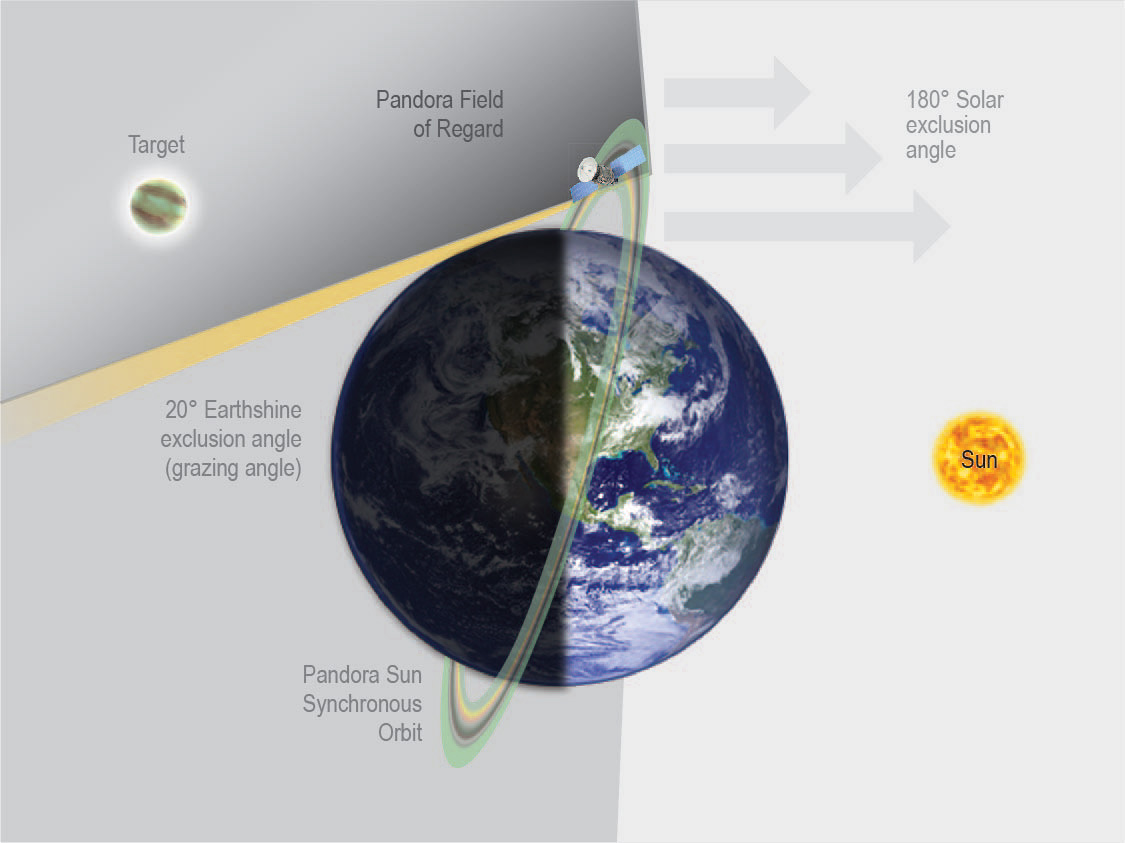