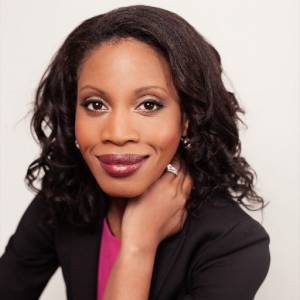 Former MNA and cabinet minister Yolande James has been elected Chair of the Bishop’s Council.

The seven-member Council serves as an advisory body to the Board of Governors of Bishop’s University through the Principal.

Yolande James is a lawyer and political commentator. She served as Minister of Immigration and Cultural Communities from 2007 to 2010 and as Minister responsible for Families from 2010 to 2012.

“I am honoured to take on this role,” said Ms James.

“I am not a Bishop’s graduate but as I have gotten to know the University, I have been very impressed by its model of education and the broad educational experience it offers its students. My colleagues and I are looking forward to supporting the University in whatever way we can.”

The other members of the Bishop’s Council are:

This is not the first time Yolande James and Bishop’s University have joined forces. In 2019, Ms James served as the Director of the Bishop’s Forum, which brings together young leaders in Quebec’s English-speaking community.

She will lead the Forum again this year which will be held virtually from Saturday, August 8 through to Tuesday, August 11.

“I believe that we all, as citizens, want to make a difference. The Bishop’s Forum leadership institute is a unique opportunity for 18-26 years old English–speaking Quebecers to understand how to become active citizens, by engaging with inspiring leaders, such as former Premier Jean Charest and the Minister of Canadian Heritage Steven Guilbeault and through interaction with their peers from across Quebec. I was impressed by the young people I met last year and look forward to engaging with this year’s participants”, said Ms James.