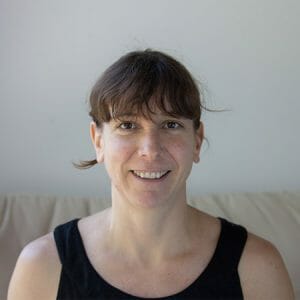 Dr. Vicki Chartrand, Associate Professor of Sociology, acted as an expert on Thursday, December 7, 2017 at a meeting of the Standing Committee on the Status of Women which is carrying out a study on Indigenous Women in the Federal Justice and Correctional Systems. This study is in line with the federal government’s commitment to review the justice system with a particular focus on restorative justice.

In her testimony to the Committee, Dr. Chartrand stressed the importance of decarceration strategies and community options. She noted that it is not a coincidence that in the 1950’s and 1960s, as we started to see the receding of formal “Indian assimilation” policies and legislation, the penitentiary system and child welfare services started to quietly assume a role in the lives of Indigenous people. She further pointed out that prior to the 1960s, Indigenous people only represented 1-2% of the federal penal population, but that this number has consistently increased every year thereafter. According to the Office of the Correctional Investigator of Canada, Indigenous women currently represent 2% of the general population and 37.6% of the federal prison population and are subject to some of the most restrictive levels of penal practice, including maximum-security classifications and segregation.

According to Dr. Chartrand, who has visited prisons across Canada, in Australia, as well as Cambodia, “These prison trends are also well documented throughout other settler colonial regions such as the United States, Australia and New Zealand. It is clear that the problem is systemic to countries like Canada.” She urged the committee to consider how Indigenous women are more often criminalized and imprisoned for what are referred to as ‘crimes of survival’ that are linked to poverty, lack of educational and employment opportunities, lifestyles of substance use, mental health concerns, and histories of sexual abuse, violence and trauma. “The prison system often parallels and reinforces the same realities of repression, abuse and violence experienced by Indigenous women from the onset of colonialism.” The Committee is calling on experts in the field to propose recommendations for the improvement of Indigenous women’s experience within the federal justice and correctional systems.
Dr. Chartrand, who also has over 15 years of experience working in the non-profit, government and voluntary sectors, including advocating for and with women and children, Indigenous communities and prisoners, is a specialist in penal and carceral politics and of modern day colonialism. Her current research traces the links between penal and colonial logics to understand the incarceration of Indigenous peoples in Canada today. She is also currently funded by the Fonds de recherche du Québec, Société et culture to document the initiatives and strategies of Indigenous families and communities to address the murders and disappearances of Indigenous women.