We are pleased to announce the appointment of two key members of our senior administration team.

Isabelle Goyette takes on the role of Vice-Principal Finance & Administration as of July 1, 2017. 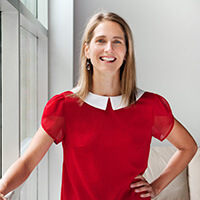 Isabelle joined Bishop’s as Director of Finance in 2010. In 2015, she was appointed Assistant Vice Principal Finance and Operations and took on the additional responsibilities of leading the Buildings and Grounds and Information Technologies Services Departments.

Isabelle holds a degree in Accounting from HEC Montréal and is a Chartered Professional Accountant. Prior to joining Bishop’s she held finance-related positions of increasing responsibility in four companies in the telecommunications, advertising and public relations fields.

Dr. Stine Linden-Andersen assumes the position of Dean of Student Affairs as of July 1, 2017. 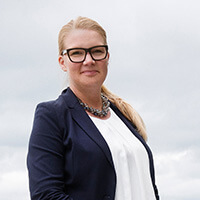 Stine, with a Ph.D. in clinical psychology, joined Bishop’s University in 2013 as a sessional lecturer in the Psychology Department. She was hired into a tenure stream position the following year.

Stine obtained her Ph.D. from Concordia University in 2013. Her doctoral research focused on adolescent friendships. She has demonstrated a commitment to student life through her research in areas such as sexual assault and high-risk behaviours and by mentoring Psychology students who plan to go on to graduate studies.

Stine has participated in several committees since joining the University, including the Up for Debate Organizing Committee, the Donald Lecture Committee and the Nominating Committee of the Board of Governors.