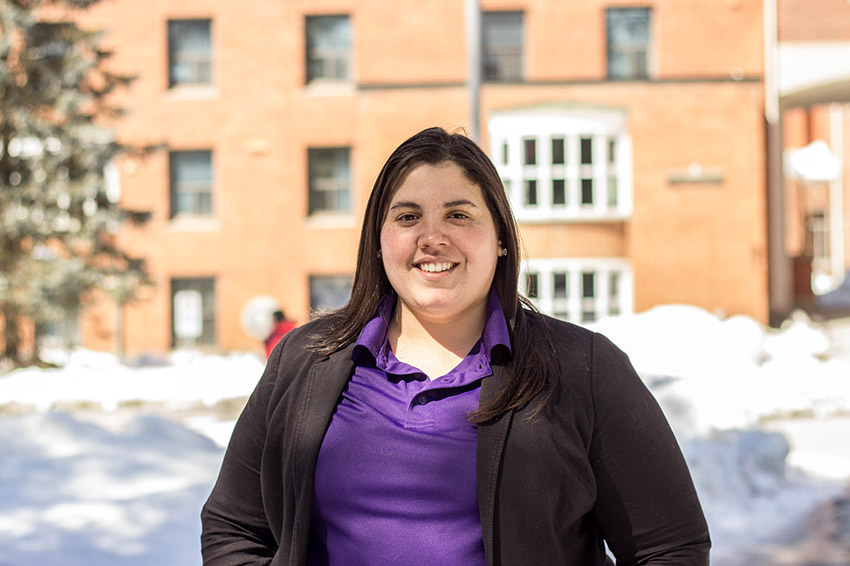 My path to Bishop’s was an interesting one. After CEGEP I ended up working in luxury sales and in investment firms and remember this moment perfectly, I received a phone call from the owner of a new private arena in the east end of Montreal asking me if I’d be interested in working alongside them on a project. I was excited and instantly knew that this feeling I had meant something. So, I immediately quit my 60 hours a week job and started Caputo Elite Hockey, an elite goaltending school in Montreal. I knew that being on the ice was something I was meant to do and needed to do. After owning CEH for a while, I felt something was missing… I needed to play hockey, I needed to be back on the ice playing competitively. I received a call from a childhood friend who was currently studying at Bishop’s, asking me to come down and play in an exhibition game for the Gaiters. That same day, I drove down and played one of the best games I’ve ever played. I was then asked to tryout for the team. I knew immediately after being encompassed by the BU bubble that this is where I needed to be. A few days later, the coach recruited me to be the starting goaltender and I moved to Sherbrooke a week later.

During my first year I was the starting goaltender for the women’s hockey team and in my second year, I was still holding strong as the starting goaltender but wanted to get more involved outside of the sports plex, that is when I started working as the Operations Manager at Doolittle’s, our on campus convenience store. Then in my third year, I decided to take a step back from hockey and become the Vice President Academic Affairs of the SRC student government. In my role as VPAA, I have been able to help lots of students; one of the ways I’ve done this is through my approach with student appeals cases. I have been a huge advocate for accountability and using your voice, I like to think that by reminding students to speak up that they remember that they are valuable and important, which leads to their overall success.

Coming from another university, I found that I wasn’t prepared for the bubble and the freedom of BU. But it was an easy transition due to the incredible people that make up the community. I was lucky to meet so many incredible students and members of the university. I can confidently say that my Bishop’s experience encompassed everything I ever wanted from a university experience. So thank you BU, for letting me be me. As we say here at Bishop’s, Be You @ BU!