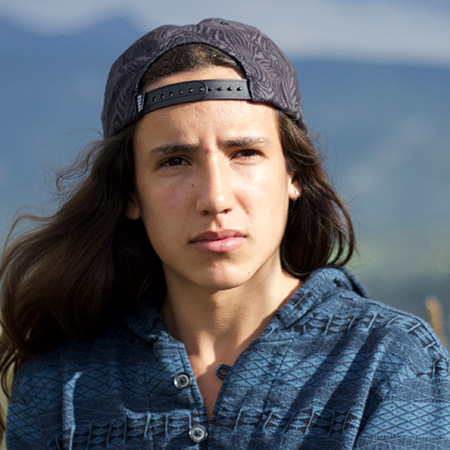 Xiuhtezcatl Martinez is an Indigenous climate activist, hip-hop artist and powerful voice on the front lines of the global youth-led environmental movement. At the age of 6, he began speaking around the world, from the UN Summit in Rio de Janeiro to addressing the General Assembly at the UN in New York. He has worked locally to get pesticides out of parks and coal ash contained, as well as initiating moratoriums on fracking in his home state of Colorado. He is currently a plaintiff in a youth-led lawsuit against the federal government for the government’s inaction around the climate crisis and its failure to protect their essential public trust resources.

Martinez has traveled around the world educating his generation about the climate and environmental crisis, and has launched Earth Guardians youth crews in over 60 countries.

His book “We Rise” was published in 2017, and he has just finished writing “Imaginary Borders” to be published and released in the spring of 2020.

In 2013, Martinez received the United States Community Service Award from President Obama, and was the youngest of 24 national change-makers chosen to serve on the President’s youth council.