David Hogg
Co-Founder of March for our Lives 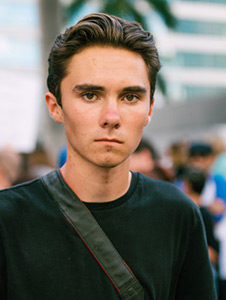 As a senior at Marjory Stoneman Douglas High School in Parkland, Florida, David survived the largest school shooting in U.S. history. Having lost friends, classmates and teachers, David decided to take action, so no other young person would have to experience what he went through on that fateful day.

Joining with his friends from his school, David co-founded March For Our Lives, a youth led gun violence prevention movement that organized one of the largest mass mobilizations this nation has ever seen on March 24, 2018. Since then, David’s activism has taken him around his country, meeting with impacted families and diverse communities to deepen his knowledge on gun safety and the politics surrounding the issue.

He is a prolific voice on social media with more than a million followers. He uses his platform to raise the voices of others who have stood up against violence to create an alliance through their shared loss to end gun violence everywhere.

David is a proud member of the 2018 graduating class of Marjory Stoneman Douglas High School. 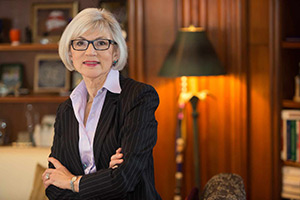 The Right Honourable Beverley McLachlin is both the first woman in Canada to hold this position and the longest serving Chief Justice of Canada.

In addition to her judicial duties at the Supreme Court, the Right Honourable Beverley McLachlin has chaired the Canadian Judicial Council, the Advisory Council of the Order of Canada, and the Board of Governors of the National Judicial Institute.

She is the author of numerous articles and publications. Her first novel, crime thriller Full Disclosure, was published by Simon & Schuster in May 2018. It has been widely praised, including this review from Maclean’s: “For page-turning legal thrillers, it’s hard to do better than this one, and not just because it’s by the ultimate insider: the recently retired chief Justice of the Supreme Court of Canada.”

She spent her formative years in Pincher Creek, Alberta, and was educated at the University of Alberta (B.A., M.A, LL.B.). Before becoming a judge, she practiced law and taught in Alberta and British Columbia.

She received an Honorary Degree from Bishop’s in 2015. 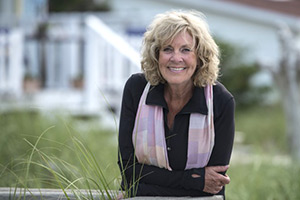 Sally Armstrong, known as the war correspondent for the world’s women, has been following the action on the front line for women and girls in Bosnia, Egypt, Congo, The Middle East, Afghanistan and America for twenty-five years. She was the first journalist to bring the story of the women of Afghanistan to the world and works tirelessly to expose the abuse of women.

A former high-school gym and English teacher, Sally began her journalism career at Canadian Living magazine, going on to become Editor-in-Chief of Homemakers. Convinced that her readers deserved more than recipes and fashion advice, she quickly gained a reputation for her moving, in-depth, and unflinching coverage of women’s untold stories.

Her eye-witness reporting has earned her many awards including the Gold Award from the National Magazine Awards Foundation and the Author’s Award from the Foundation for the Advancement of Canadian Letters. Ms Armstrong is a four-time winner of the Amnesty International Canada media award, holds ten honorary degrees and is an Officer of the Order of Canada. She was a member of the International Women’s Commission a UN body that consists of 20 Palestinian women, 20 Israeli women and 12 internationals whose mandate is assisting with the path to peace in the Middle East. 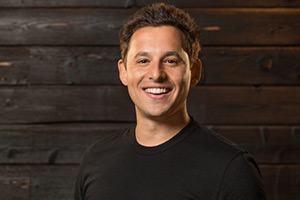 Harley Finkelstein is an entrepreneur, lawyer, and the Chief Operating Officer (COO) of Shopify.

He founded his first company at age 17 while a student at McGill.

Harley completed his law degree as well as his MBA at the University of Ottawa, where he co-founded the JD/MBA Student Society and the Canadian MBA Oath.

Harley is an Advisor to Felicis Ventures & Omers Ventures, and is one of the “Dragons” on CBC’s Next Gen Den.

Recently, Harley was inducted into the Order of Ottawa, he received the Canadian Angel Investor of the Year Award, and Canada’s Top 40 Under 40 Award.

From 2014 to 2017, Harley was on the Board of the C100, and in December 2017 he was appointed for a five-year term to the Board of Directors of the Canadian Broadcasting Corporation (CBC).