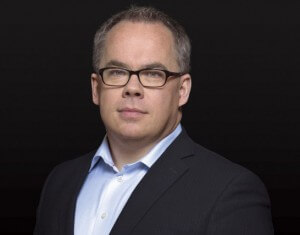 Election 2015: What just happened? The 2015 election campaign started with Paul Wells asking the tough questions to Canada’s national party leaders in the Maclean’s Leaders Debate, and it will end with Principal Michael Goldbloom asking even tougher questions to Mr. Wells at the Donald Lecture Series.  Less than 48 hours after the election results are in, Bishop’s will be treated to an in-depth analysis of the core issues, trends and controversies that shaped the election and an interpretation of what the newly elected government will mean for Canada.  This public interview is designed both for those who need a helping hand in making sense of Canadian politics and for those who are seasoned political information consumers.

Paul Wells is the political editor and a senior columnist for Maclean’s magazine, and is known nationwide as one of Canada’s leading political commentators.  He has written for Time magazine, the National Post and La Presse. He is the author of several books, including Right Side Up: The Fall of Paul Martin and the Rise of Stephen Harper’s New Conservatism and the Shaughnessy Cohen Prize winning The Longer I’m Prime Minister: Stephen Harper and Canada, 2006 –.   Mr. Wells is a Fellow at the School of Public Policy and Governance at the University of Toronto, and currently serves on the Advisory Committee of the Glendon School of Public Affairs. 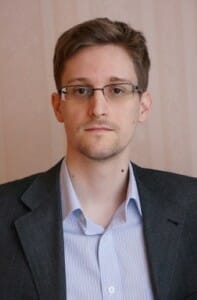 Mass surveillance, secrecy and democracy: Joining the Bishop’s community via live stream from Russia, former CIA agent Edward Snowden will discuss how the deployment of “collect it all” tracking systems, without public knowledge or consent, represents a threat to our free societies.  Alumnus Royal Orr will interview Mr. Snowden about  how the NSA spies have weakened global cyber defenses, what citizen freedoms are being undermined, and how we can repair our laws – and our communication platforms – to defend citizen’s liberty and security.

Edward Snowden is a former intelligence officer who served the CIA, NSA, and DIA for nearly a decade as a subject matter expert on technology and cybersecurity. In 2013, he revealed that the NSA was seizing the private records of billions of individuals who had not been suspected of any wrongdoing, resulting in the most significant reforms to US surveillance policy since 1978. He has received awards for courage, integrity, and public service, and was named the top global thinker of 2013 by Foreign Policy magazine. Today, he works on methods of enforcing human rights through the application and development of new technologies. He joined the board of Freedom of the Press Foundation in February 2014.

Naomi Klein
This Changes Everything: Capitalism vs. the Climate 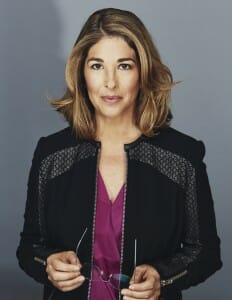 This Changes Everything: Capitalism vs. the Climate:  Forget everything you think you know about global warming. The really inconvenient truth is that it’s not about carbon—it’s about capitalism. The convenient truth is that we can seize this existential crisis to transform our failed system and build something radically better. In her most provocative talk yet, Naomi Klein tackles the most profound threat humanity has ever faced: the war our economic model is waging against life on earth.

We have been told the market will save us, when in fact the addiction to profit and growth is digging us in deeper every day. We have been told it’s impossible to get off fossil fuels when in fact we know exactly how to do it—it just requires breaking every rule in the “free-market” playbook. We have also been told that humanity is too greedy and selfish to rise to this challenge. In fact, all around the world, the fight back is already succeeding in ways both surprising and inspiring. Climate change, Klein argues, is a civilizational wake-up call, a powerful message delivered in the language of fires, floods, storms, and droughts. Confronting it is no longer about changing the light bulbs. It’s about changing the world—before the world changes so drastically that no one is safe. Either we leap—or we sink.

Naomi Klein is a Canadian author, social activist, and filmmaker known for her political analyses and criticism of corporate globalization and of corporate capitalism. Her internationally best selling books include No Logo and The Shock Doctrine.  Her latest book is This Changes Everything: Capitalism vs. the Climate, a New York Times non-fiction bestseller and the 2014 winner of the Hilary Weston Writers’ Trust Prize for Nonfiction. The book has been called “the most momentous and contentious environmental book since Silent Spring.”

Klein frequently appears on global and national lists of top influential thinkers, most recently including the 2014 Thought Leaders ranking compiled by the Gottlieb Duttweiler Institute, Prospect magazine’s world thinkers 2014 poll, and Maclean’s 2014 Power List. She is a member of the board of directors of 350.org, a global climate movement.