One of North America’s most successful entrepreneurs, in 1986 Kevin O’Leary founded SoftKey, an educational software company which he grew to great success and eventually sold to Mattel Toy Company for $3.7 billion. Today, O’Leary helps other entrepreneurs achieve their goals through the hit TV shows “Dragon’s Den” & “Shark Tank“. He is Chairman of mutual fund company O’Leary Funds and co-anchors CBC Newsworld’s “The Lang and O’Leary Exchange“.

The director of McGill’s Centre for Medicine, Ethics and Law, Dr. Somerville is a respected ethicist and researcher on topics such as euthanasia, abortion, human rights, AIDS, and the pharmaceutical industry. She has consulted for the World Health Organization, UNAIDS, and the UN Human Rights Commission in Geneva. Her books include “Death Talk: the Case Against Euthanasia and Physician-Assisted Suicide” and “The Ethical Canary: Science, Society, and the Human Spirit.” 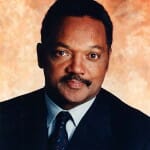 Wednesday, February 15, 2012
7:00 PM at Centennial Theatre
Free for students or $15 (others)
All proceeds go to the Bishop’s Refugee Sponsorship fund

Former Presidential candidate, civil rights activist Reverend Jackson is an influential voice in American political and social activism. Called “the great unifier,” he has played a pivotal role in virtually every movement for empowerment, peace, civil rights, gender equality, and economic and social justice. Continually challenging America to establish just and humane priorities, he works tirelessly to level the political and economic playing field for all.

Harvard cognitive scientist Steven Pinker asks audacious questions about the human mind—then boldly sets out to answer them. Named one of the world’s 100 most influential people by TIME magazine, he is enormously popular in the media and highly respected in scientific circles. A frequent author on the workings of both the mind and language, his latest book, “The Better Angels of Our Nature,” attacks myths of humankind’s inherent violence, arguing that humanity is becoming less violent.