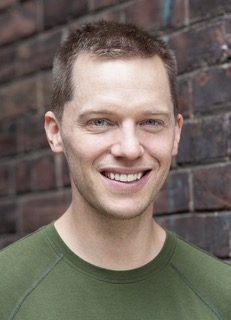 Mark graduated from Bishop’s with a B.A. in Political Studies and a Minor in English in 2009.

In addition to his degree from Bishop’s, Mark holds a Master of Energy and Earth Resources from Queen’s University and is a member of the Banff Forum.

Mark and his wife Jessica live in Toronto with their mostly trained dog, Bruce.

Jordan MacNevin ’15 found brewing through Bishop’s. He remembers how he started at BU, a young scientist with his sights set on Doctors Without Borders, but it was through Bishop’s that MacNevin found a path that allowed him to marry the creative and scientific sides of his brain. He was introduced to brewing through the Graduate Certificate in Brewing Sciences and at the Bishop’s Arches Brewery and fell in love. Thanks to his knowledge of brewing and networking with other Bishop’s graduates, he landed his dream job of being the head brewmaster at the 19-81 Brewing Company, named after the coordinates of the Cayman Islands, and the first craft brewery on the island. MacNevin embodies the idea that life doesn’t always go as planned, but gets you exactly where you need to be. He challenges and pushes himself every day to create new, exciting and locally focused beer to tourists and Caymanians alike.

Although the brewery is gaining popularity and keeping MacNevin extremely busy, he is always looking for ways to improve and stay true to himself, one being a Summer mentorship program he started at the brewery. This program takes in a local high school student for the Summer to work directly with MacNevin. From the beginning, MacNevin has also partnered with local businesses and farmers. He gives his spent grains to local farms to use for feed, in exchange for local fruit he uses in his next brew to make a one of a kind, community-focused beer.

Journalist at CBC North
Class of ‘07

Sponagle has found her passion as a reporter living and working in Iqaluit, Nunavut. “I love living in the North. I’m from the east coast and I resonate with the close-knit community here and the strong sense of place. The northern landscape is so different from the rest of Canada, it feels like another world. Except the Canadian currency we use for money. That’s a constant reminder.”

Jane reflects on her time at Bishop’s as a period of exploration and self-discovery. “I majored in chemistry and English. Along the way, I took a class in new journalism that really got me interested in journalism and writing. Looking back, those fours years spent in the two worlds of science and literature gave me a broad foundation to build my career upon as a journalist—especially in the North. My science background has served me very well in my line of work. It informs the reporting I do related to mining, climate change and northern politics every day, where I am always working with stats, facts and bringing them alive for the public in a meaningful way. I love learning about Inuit culture. I’ve been living in Iqaluit for over two years now and I ate narwhal maktaaq for lunch today, a traditional Inuit food. The North is definitely the place I call home now.”

Produce Buyer and Manager at The Healthy Butcher
Class of ‘09

Will Orford’s office is five times the size of the Bishop’s Quad. Twice a week, he heads to the sprawling Ontario Food Terminal to buy produce for The Healthy Butcher, a popular organic butcher shop in midtown Toronto. To hear him describe it, the terminal is a rough facsimile of an old-world market. “It’s oddly a lot of fun. There’s a lot of bartering going on, a lot of yelling [and] chaos, but it’s all just barely organized chaos.”

Appropriately enough, Orford got to his current position with the help of a fellow Bishop’s grad. After moving to Toronto three years ago, Orford got in touch with Allison McClare ’09, who offered to help him get his foot in the door at the butcher shop. It took less than a year for Orford to be promoted to manager of the store’s downtown location, where he stayed for two years; he’s been the produce point man at their primary location since last fall.

He misses dealing with colleagues and customers, but says the new gig is “all about the relationship with the vendor”— a skill he picked up in his hometown of Saint John, N.B. and honed in Lennoxville. Orford says the rapport he developed with professors like Rudy Nassar and Harvey White “taught me more just about how people think.” “I distinctly remember having a relationship with them. I think taking that Maritime ‘I’ll talk to anybody’ [mentality] to Bishop’s, where it’s small, you have to talk to everybody, and then you take that to the big city and you’re just so well prepared to interact with all those personalities.”

“This is probably too technical for a 250-word profile” interrupts Christian, but John is on a roll. He’s explaining how their Ottawa-based business, FileCatalyst, works. “Large files, files that used to take companies days to transfer, are sent across the world in a matter of minutes.” What follows is a series of acronyms and complex computer-speak, but the two offer an anecdote to simplify matters: They worked with a major broadcaster during the Sochi Olympics. In the past, said broadcaster would have had to send an entire editing crew and studio across the world to cut the day’s footage down. But FileCatalyst’s accelerated file-transfer software allowed them to transfer all the raw footage back to the States, where the broadcaster’s in-house editing teams could do most of the work. “[Without us] those files would still be transferring today,” says Christian.

Solving an industry’s cost-prohibitive, time-consuming processes is the bread and butter of start-up tech firms and it’s what earned John and Christian a technical Emmy this year. Beyond Sochi, their software helps film and television studios—who in the past used to snail mail hard-drives and film reels across the country—send large media files around the world, saving studios literal days in downtime between edits.

As for what’s next, the two former computer science students—who used to hunker down in the basement of the Johnson building, rebuilding computers—say the sky’s the limit: “This technology has applications beyond film and television… we’re looking to explore new areas… and we’re always hiring.”

When she graduated from Niagara College two years ago, it would have made perfect sense for Cate Collinson ’10 to become an environmental activist. Her CV reads like something an NGO dreamed up: stints doing environmental work for York region and the province of Ontario; a degree in environmental studies and geography; a post-grad certificate in ecosystem restoration; and a host of environment-focused extracurriculars at Bishop’s, including spearheading the campaign to ban the sale of bottled water on campus. But one of her instructors from Niagara said that everything that made her a star candidate for an NGO or a conservation authority should push her away from activism and back into the field.

It worked. For almost two years now, Collinson has worked as an ecologist for Savanta, a boutique environmental consulting firm. During the winters, that means working from home: reading studies and getting information from all levels of government about a particular parcel of land that’s slated for development. But once the nice weather hits, she’s outside, scouring that parcel of land to “determine what the natural features or functions are and how they’ll be impacted by a development—and, if they are going to be impacted, how to mitigate those impacts or compensate somewhere else.” It’s a field she’s wanted to be in since her time at Bishop’s. “I took a wide range of classes in environmental studies to decide where I wanted to go. I knew I wanted to deal with the human interaction with the environment and not just the hard science. I had a lot of professors who let me study things I was interested in, like development and how we impact the environment—and that’s basically what I do now.”

As a Senior Broadcast Journalist with the BBC News website, Alix Kroeger’s job is to determine what the news is. She says, “I’m one of the team of journalists writing news stories for the website, editing, deciding what to display on the page, how to display it, what angle to lead on, when to turn a story on a particular development, writing breaking news, cutting the pictures, selecting the best video from BBC TV output. In the past few months it’s been a lot of Gaza, it’s been Ukraine, it’s been ISIS in Iraq—whatever comes up. It changes from day to day, which is what I like about it.”

Alix Kroeger has been a working journalist since 1994, working first in BBC local radio as a researcher and reporter and then moving to BBC World TV as a junior producer. She has lived and worked in the Balkans, Sarajevo and Prague as a freelance reporter. In 2008 she worked on the launch of BBC Persian TV, producing programs in Farsi and Dari for audiences in Afghanistan, Iran and Tajikistan and helping the fledgling crew there develop TV skills.

When asked about the challenges she faces as a journalist, she says “there is so much propaganda, you know; you really have to check your sources. A lot of people have an axe to grind so you have to be careful. Sometimes you fall into the traps, and sometimes you avoid them. Another challenge is explaining really complex stories, getting that balance between what’s happened now and what’s happened in the last 30 years that makes sense of what’s happening now—and explaining it in an accessible way. Assumed knowledge defeats the reader. It’s really hard, especially for young people. Young audiences want to understand the news. Yes, they want the celebrity stories, but they also want to read the more serious stories; they just feel they aren’t equipped to understand them. They click on news that interests them, and the article is full of baffling language so they just click away on some article about Kim Kardashian. And I don’t blame them.”

Reflecting on her time at Bishop’s she says, “Bishop’s is so small. I got to do lots of things. I sang a solo with the choir, I was involved in the model parliament, I worked at the radio station and edited the newspaper. It was a great place for me.” When Alix isn’t working, she sings in a local choir, volunteers in a community garden project that provides environmental education for inner city children, bikes to work and enjoys cooking. She says, “I also read a lot of fiction, and about all the places and things I’m interested in—the Balkans, the Middle East, Afghanistan and urbanism.”