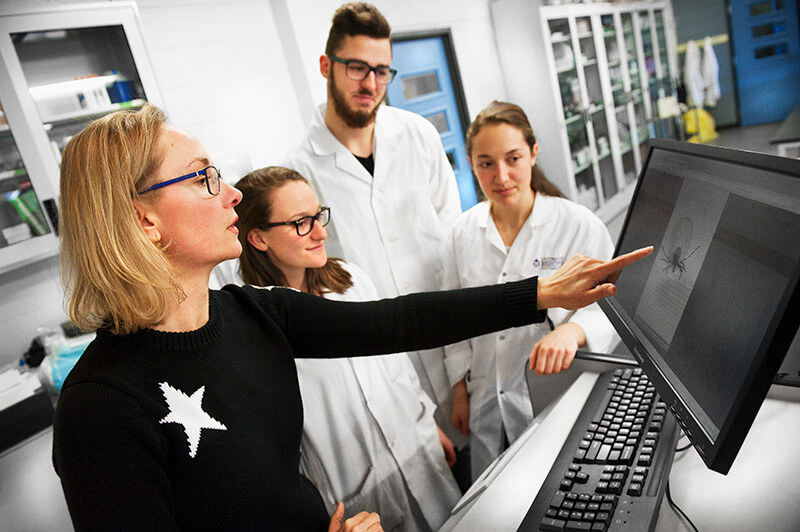 The University is collaborating with the Laboratoire de santé publique du Québec (LSPQ) of the Institut national de santé publique du Québec and the Public Health Agency of Canada on a 2017 pilot project which mostly targets ticks found on animals in the province of Québec. An expansion of the project to other Canadian provinces is planned for 2018.

The website was created in response to rapid changes in the Canadian distribution of various tick species as well as the emergence of Lyme disease in recent years, both important issues for public health authorities and the public in general.

“It’s logistically challenging and expensive to track tick populations on large territories such as Québec and Canada,” explains Dr. Savage. “Etick.ca is a citizen science project where we invite the public to participate in the monitoring of tick populations by submitting their tick photos on the website so that they can be identified by a professional.’’

“This pilot project highly complements the current passive surveillance program for ticks which has been in place in Québec since 1990”, explained Karine Thivierge, parasitologist at the INSPQ. “Among other things, outdoor enthusiasts will be able to identify the black-legged tick, the only Lyme-carrying tick, within a dozen of tick species found in Québec, and to be aware of risk environments. This citizen-involvement project will definitely enhance our knowledge and help us prevent this emerging disease.”

To encourage participation and engage citizens in the initiative, all data from eTick.ca submissions such as where and when ticks are found are publically available for consultation on interactive maps which are updated daily.

The website is the first of its kind for ticks in Quebec.