Dr. Jason Rowe, Canada Research Chair in Exoplanet Astrophysics, is one of the most highly cited researchers in his field.

Dr. Jason Rowe, newly appointed Canada Research Chair is Exoplanet Astrophysics and Assistant Professor in the Department of Physics and Astronomy, has been identified by Clarivate Analytics among the world’s top 1% most impactful research scientists. Each year since 2014, Clarivate Analystics presents an annual listing of scientists whose publications over the previous 10 years have included a notable number of Highly Cited Papers (defined as “papers that rank in the top 1% by citations for the field and publication year in the Web of Science”). Dr. Rowe’s significant contributions to the field of Space Science have been acknowledged by this great honour. According to Clarivate Analytics, “such consistent production of highly cited reports indicates that the work of these researchers has been repeatedly judged by their peers to be of notable significance and utility.” (https://clarivate.com/hcr/worlds-influential-scientific-minds/)

Before coming to Bishop’s University in July 2017, Dr. Jason Rowe was a member of NASA’s Postdoctoral Program, where his contributions NASA’s Kepler missions were acknowledged by two NASA Exceptional Scientific Achievement Medals. He then joined the Université de Montréal’s team of research scientists tasked to the James Webb Space Telescope, and remains to this day a scientist for the Search for Extraterrestrial Intelligence (SETI) Institute. According to Dr. Rowe, this recognition is a sign of the field’s vitality: “Exoplanet research is a blossoming field that is receiving great attention both academically and publicly. I am humbled to be recognized as a Highly Cited Researcher.  The research that is now undergoing at Bishop’s University will be teaching us about distant worlds and how they are similar to different to planets such as the Earth.  We are on the cusp of great discoveries and exploration.”

Throughout his career, Dr. Jason Rowe has published over 170 papers, which have been cited 18,000 times. 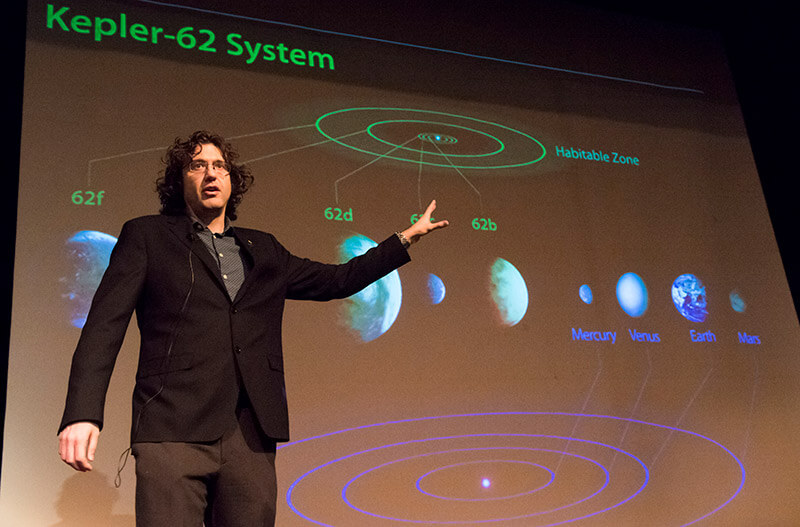