Dear members of the Bishop’s community, 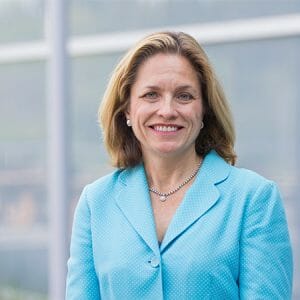 I am pleased to announce that Jacquie Scott has been appointed Associate Vice-Principal, Advancement effective February 5, 2018.

Jacquie graduated from Bishop’s in 1990 with a B.A. in Business. Since 2014, she has helped lead our capital campaign as a Special Advisor to the University.

Jacquie has extensive experience as a development professional. She started her fundraising career at McGill University where she was responsible for securing major gifts for the faculties of Arts and Science. She subsequently served as Executive Director of the Royal Victoria Hospital Foundation.  During her career she has provided fundraising and communications counsel to several non-profit organizations in the education, healthcare, social services and cultural sectors.

With Jacquie’s appointment, Matt McBrine ’96 will focus exclusively on his role as Director of Athletics and Recreation.  Matt joined the Alumni Relations and Development office in 2000 and became the Director in 2014. Under his leadership philanthropic support for Bishop’s has reached unprecedented heights. The Capital Campaign has raised more than $41 million on a goal of $30 million, and our annual campaigns have established records in terms of number of donors and dollars raised.

Matt’s achievements include the Griffin House project and having assembled and led a talented and dedicated Advancement team.

Dr. Trygve Ugland, Interim Vice-Principal Government Relations and Planning, will take on the leadership of the Communications Department and will recruit a Director of Communications to work with him.