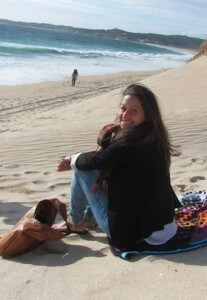 I landed September 3rd, 2012 in Madrid, Spain with my huge backpack, not knowing where I was going to sleep the same night. I arrived too late for the welcoming ceremony at Universidad Alfonso X el Sabio and I also missed the Spanish proficiency test, but the university staff and exchange coordinators were so helpful and relax with that “no pasa nada” attitude that I knew my year in Spain would be amazing. As a matter of fact, I ended up moving in with one of the exchange coordinators and she is now one of my closest friends. Of course, my experience was not only joy and happiness. Adapting myself to a new culture, a new language and especially to a new academic system was challenging, but once I got used to this new environment, it felt like home. An exciting version of home! The flexibility of the schedule and teachers made it possible for me to travel quite a lot. I had the chance to visit Geneva, London and Scotland. I could have visited other European countries, but it was important to me to get to know Spain well and really impregnate the culture. As such, I went on various road trips with Spaniards and other international students.

I highly suggest all BU students to take part in this great adventure. I learned so much about the country, the culture and also about some other realities of the world as you share and coexist with many international students. As well, I learned a lot on myself as I was pushed out of my comfort zone, which ends up being the best way to evolve. The few obstacles I encountered at the beginning were definitely worth the great experience.

My exchange year in Geneva,

After my first semester in International and Political studies was completed back in 2011, I knew that I was ready to live other experiences, to go deeper into my professional field and to try my luck in a new country. Since attending the first conference on international exchanges between Bishop’s and its partner universities around the world, I instantly knew that it was an experience I wanted to live out. Thankfully, at Bishop’s I found all the support and help that I needed to succeed in my new goal: study for a year abroad during the academic year 2012-2013. I chose to go to Switzerland for my exchange as its multiculturalism has always appealed to me. Indeed, it can be seen through the various languages spoken as well as through the open-mindedness of the inhabitants. Switzerland, and more precisely Geneva, is host to numerous NGOs, and yet more importantly to me, and my field of studies, the UN is established in this city.

The year that I was studying in the University of Geneva did not only enhance my academic experience as well as it helped me to develop personally, it also gave me the opportunity to meet people working in the UN and become friends with them. In fact, I visited the UN with a tour more than five times during one year! Being inside the UN and breathing that air makes me willing to study politics and international relations even more. I also had the chance to meet amazing young people from all over the world; my group of friends included 13 people, all of which came from different countries, including: Ireland, Russia, France, Serbia, Poland, Mexico, United States, Japan etc. Being able to share my own culture and to learn from theirs made my exchange year a magical experience. Moreover, since Switzerland is located in the heart of Europe I also had the chance to travel all around the continent, changing countries every single month, meeting and understanding new cultures. From the Oktoberfest in Munich to The St Patrick’s day in Dublin passing across the Sahara dunes in Morocco, celebrating the New Year’s Eve in London, and even being present at the Victory parade in the 9th of May in Moscow. All these incredible experiences started with the Bishop’s University allowing me to go for an exchange. Undoubtedly, so far the best year of my life was this exchange year in Geneva Switzerland. I had the chance to meet great professors, to live in a beautiful city, to meet amazing international friends and to travel more and more as I had always dreamt.  I totally encourage all the students in our faculty to go on exchange, YOU WONT REGRET IT!

“An exchange abroad isn’t a year in a life, it’s a life in a year”

June 26, 2012 marked the beginning of my adventure to Australia and my incredible exchange to Deakin University. While at first Australia was not my top pick of destination, it became apparent as soon as I arrived that it was the right choice for me. I was placed at the Burwood campus, roughly an hour drive outside of downtown Melbourne. During my time there I met loads of extraordinary people: international exchange students from across the globe, teachers, advisers, residence staff, and of course, the amazing exchange coordinators.

My exchange was an experience that I will never forget. Living in Australia presented different challenges, such as being unfamiliar with a new culture and their norms. Almost everything seemed backwards to the Canadian way of life, even the toilets flushed differently! Luckily, with the help of new friends and the welcoming internationals’ committee, it was an easy and comfortable transition to a new world. One of the best parts of being on exchange is the sense of independence it offers. Personally, while I received a great deal of help from the international exchange committee, I needed to take the initiative to learn things on my own. More specifically, studying at Deakin was unlike anything I had encountered during my time at Bishop’s. The school system in Australia was unfamiliar but presented to be a pleasing challenge. Aside from academics, an exchange abroad offers an opportunity to be involved in different activities, for instance, watching popular Australian sports, such as Rugby and the Australian Football League (AFL). 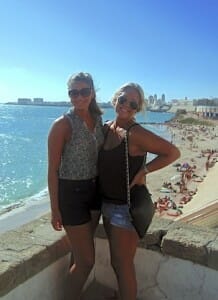 The year that I spent studying abroad in Madrid, Spain was el mejor año de mi vida, one of the most liberating and exciting times of my life. Spain is a beautiful unique country well-known for its pristine beaches, charming scenery, rich history legendary nightlife and without any doubt, for its exquisite cuisine. My year on exchange has opened my mind to an entirely new way of life. While abroad, I suddenly became immersed in a unfamiliar culture and language. This large unknown encouraged me to acquire and develop a new language, Spanish, as I realized this was crucial to my overall happiness as well as making the most of my time there. I decided to take advantage of Spain and its strategic geographic location within Europe, packing my bags and traveling whenever I had the chance. What I liked the most about my overseas experience was the friendship I was fortunate to have made along the way that are sure to last a lifetime.

I would strongly recommend all students to take advantage of this once in a lifetime opportunity as it will honestly impact your life and your views of the world in ways you never could have imagined possible. Exchange is a time to not only learn about the country you are studying in but to also learn about yourself as an individual and realize the endless opportunities that exist in the world, so long as you dare to explore beyond your comfort zone.