The Morris House Reading Series brings both established and up-and-coming authors to Bishop’s University to present their work, answer questions, and meet with the audience during the informal reception that follows. 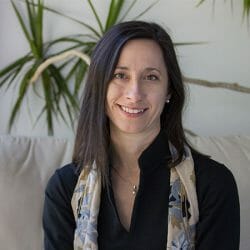 Linda Morra is a Professor of English at Bishop’s University and was the 2016-2017 Craig Dobbin Chair of Canadian Studies at UCD, Dublin. She has been directing the Morris House Reading Series since 2008. 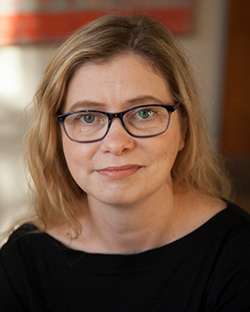 Anakana Schofield is the author of the acclaimed, Giller Prize-shortlisted novel Martin John (2015), which was also a finalist for the Ethel Wilson Fiction Prize, and the Goldsmiths Prize in the UK. It was a New York Times Editors’ Choice and named a best book of the year by the Wall Street Journal, The Globe and Mail, National Post, Sunday Business Post, Toronto Star, and The Irish Times, among others. Her debut novel Malarky (2012) won the Amazon.ca First Novel Award and the 2013 Debut-Litzer Prize for Fiction in the US; it was a finalist for the Ethel Wilson Fiction Prize and selected as a Barnes & Noble Discover Great New Writers pick. It was also named on many Best Book of the Year lists for 2012 and 2013. Her writing and reviews have appeared in The Guardian, The Irish Times, The Globe and Mail, National Post, London Review of Books blog, and The Long Gaze Back: An Anthology of Irish Women Writers, among others. She lives in Vancouver, BC. Visit her website at www.anakanaschofield.com. 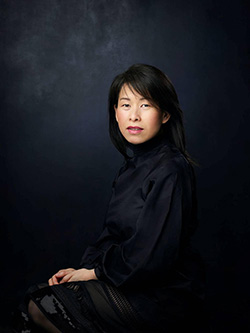 Kim Thuy was born in Vietnam in 1968. At the age of 10, she left Vietnam along with a wave of refugees commonly referred to in the media as “Boat People” and settled with her family in Québec, Canada. A graduate in translation and law, she has worked as a seamstress, interpreter, lawyer, restaurant owner and food commentator on radio and television. She lives in Montreal.

Kim Thuy has received many awards, including the Governor General’s Literary Award in 2010 – she was also one of the top four finalists of the Alternative Nobel Prize in 2018 for her first novel, Ru. Two other novels followed Ru: Man was released in 2013, and Vi was published in 2016. Her most recent book, Secrets of Vietnamese Cuisine, was published in English this year by Random House. Her books sold more than 730,000 copies worldwide and are translated in 29 languages and 39 countries and territories.

Readings from WATER LINES: New Writing from the Eastern Townships of Quebec

Marjorie Bruhmuller‘s poems have appeared in various literary journals in Canada and the US. She has been a member, or leader, of writing groups in the Townships for over 20 years. Her poetry collection, The Bell You Hardly Hear has recently been published by Ekstasis Editions. She lives in Milby.

An award-winning poet, Angela Leuck has been published in journals and anthologies around the world. She is the author of four books of poetry and editor of numerous anthologies. She has given readings and writing workshops at schools, libraries and national and international conferences. She currently teaches creative writing to at risk youth in the Quebec Writers’ Federation’s Writers in the Community program. In spring 2018, she was Artist in Residence on Quebec’s Lower North Shore.

Steve Luxton was born in Coventry, England in 1946. He has published five collections of poetry, Late Romantics (with Rob Allen and Mark Teicher) (1981), the hills that pass by (1987), Iridium (1993), Luna Moth and Other Poems (2004), and In the Vision of Birds (2012), as well as a chapbook, Torrent’s Gate: Thomas Wolfe Visits Quebec (2013). His most recent collection is The Dying Meteorologist (2019). In 2012, he was the recipient of the Quebec Writers Federation’s prestigious “Community Award” for his work in promoting English-language literature in Quebec.

Jeff Parent is a resident of Lennoxville, currently enrolled in the Creative Writing MA program at Concordia University, and his work has been published in The Fiddlehead, Words(on)Pages, Lemon Hound, and The Temz Review amongst others. 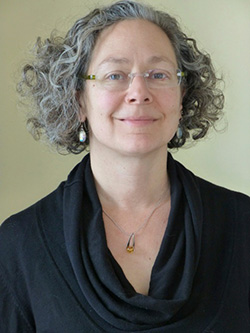 Elise Moser is the author of three books, including her YA novel Lily and Taylor, which was named to the Best Fiction for Young Adults 2014 list by the American Library Association. She is a freelance editor, coordinates the Atwater Writers Exhibition, and has led writing workshops for the Quebec Writers’ Federation (QWF) and the Blue Metropolis Literary Festival. She serves on the boards of the QWF and PEN Canada, the writers’ organization that advocates for Freedom of Expression. Her nonfiction book for kids, What Milly Did (2016), tells the story of the woman who invented plastics recycling. Her novel for adults, Because I Have Loved and Hidden It, appeared in 2009.