Objective 4.3 Enhance the creative and performing arts as a core element of a creative campus.

On January 19th, 2020, BU Singers Director Fannie Gaudette and singer/conductor Melinda Enns were in Montreal to accept the Opus prize for Concert of the Year in the category of Regions on behalf of the Bishop’s choir. The Gala Prix Opus took place at the Salle Bourgie of the Montreal Museum of Fine Arts. The Prix Opus highlights the excellence and diversity of concert music in Quebec.

In collaboration with L’Orchestre Symphonique de Drummondville, under the baton of Julien Proulx, and Le Choeur Bella Voce, under the direction of James Copland, the BU Singers performed Prokofiev’s Alexander Nevsky on April 18, 2019 to a sold-out audience at la Maison des arts Desjardins Drummondville.  The concert marked the second project in the last three years with conductor Julien Proulx.  He was at the helm for two performances of Bach’s magisterial Mass in B Minor in 2017.  It was the first collaboration between the BU Singers and le Choeur Bella Voce – an excellent ensemble of more than 50 voices based in Drummondville.

Principal Goldbloom asked Jamie Crooks, former Director of the BU Singers, for his assessment of this recognition. He wrote: ‘We’re all tremendously proud of how Fannie built our choir over 20 years – and particularly grateful, in this project, to Melinda. She prepared the group for Julien, conducting all rehearsals and shaping the performance that has now been recognized.  Bishop’s is lucky indeed to have such talented people in these leadership roles.’

Congratulations to all who contributed to this significant accomplishment. 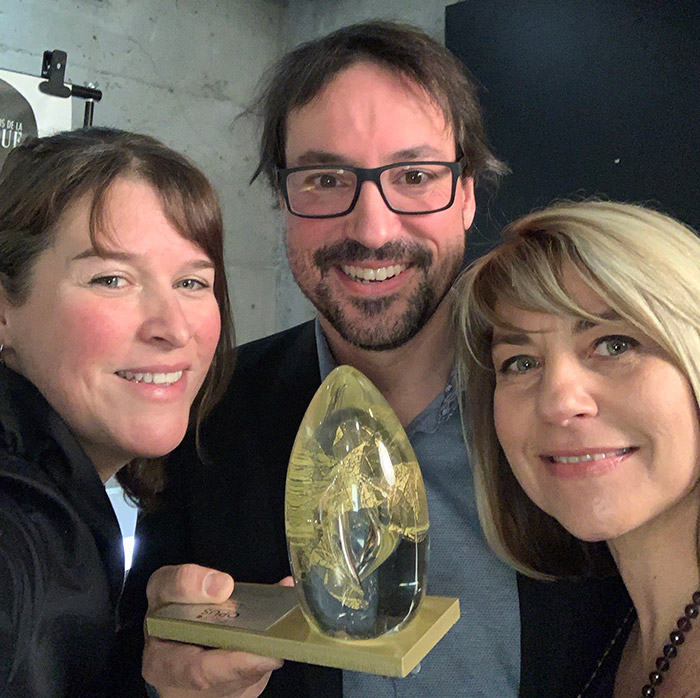