Spotlight on Craig Norman: a Bright Future for Women’s Basketball

Spotlight on Craig Norman: a Bright Future for Women’s Basketball 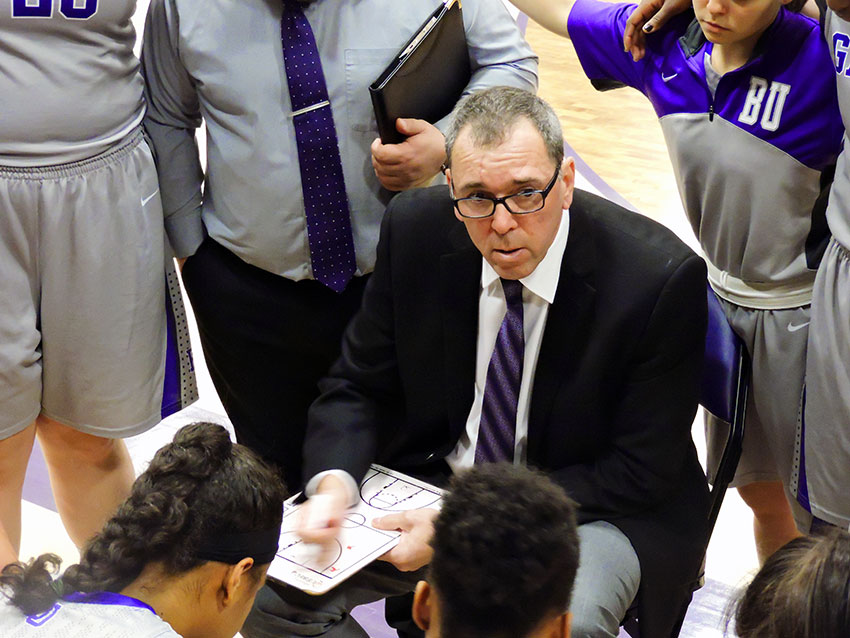 “Basketball isn’t about basketball,” Craig Norman states, resolute and unwavering. The 2017-18 RSEQ and 2003-04 CIAU Coach of the Year defines his coaching philosophy. “It’s about sacrificing for the good of the team, learning that sometimes what’s best for me is not best for the whole.”

One of the rare few in Canada to hold a Level IV Coaching Certificate from the National Coaching Certification Program, Norman took over the Bishop’s women’s basketball program halfway through the season at the end of 2015. Having to reinvent both himself and his team, the rest of the season was a tough series of losses. Almost exactly one year later, the Gaiters would go on to beat the number-one ranked team in the country and win their first season game in years. Norman knew the time for his team to rise like a phoenix had finally come.

The women’s team has made immense progress in the three years following that moment. Norman’s vision for the program is laid out in a strategic plan, outlining goals for every stage of that progress. Following this plan, the coach’s long-term objective is “to have a Top 5 program, which means that we have a holistic approach, we support the girls, and we try to provide them with an opportunity where they can get a debt-free education. Our strategic plan is based on academics and athletics, balancing the two.” Believing they are strongly connected, Norman explains that the personal growth and experience that comes with playing basketball and being part of a team, all while balancing academic demands, carries immense importance in life after university, “and that’s why I say basketball is not about basketball.” With a strong focus on excellence both on and off the court, the team has had numerous Academic All-Canadians, being varsity athletes who obtain academic averages of 80% or higher as full-time students. “To me, that’s our goal for our student athletes.”

Having been a CIAU All-Canadian himself, Norman lives, breathes and eats basketball. “I loved sports so much when I was growing up; they had such a huge impact on me. Coaching basketball for a living is like winning the lottery.” Inspired throughout his life by coaches such as his father in his youth, his high school coach Keith Kobelt, and his Level IV coaching mentor Jack Donohue, Norman knows the importance of motivation. A huge part of motivating athletes “comes from you inspiring them, doing your job to the best of your ability, and creating an environment where they can make mistakes and they can grow.”

This year is the first year where the team will be composed entirely of Norman’s personally recruited players. “The future for the program is bright. We have depth, we have balance, and we have a good blend of international, Quebecer, and Ontarian girls.” With the first game at home on September 21st, Norman has high hopes for the program, and says that it is no fluke that Bishops’ women’s basketball have won two National Championships. “The reason, in my humble opinion, is that you have this wonderful place here at Bishop’s, you have amazing support, and all your athletes live within two or three kilometers of campus. You have a true family.”